Treatment ahead of construction

As part of the construction of an office building with five underground levels, REMEA won the contract to treat the groundwater that needed to be pumped away. The untreated water contained 6.9mg/l of suspended solids, traces of metallic elements (chrome and zinc) at levels of 0.0135mg/l, and halogenated volatile organic compounds at 0.045mg/l.

Based on this data, a tailored remote-controlled treatment system was installed. The set-up involved treatment in stages:

The whole process was remote-controlled thanks to level, pressure, and flow sensors.

Analytical monitoring and maintenance (pressure, volume processed, back-washing, etc.) was carried out twice a month by an REMEA technician. 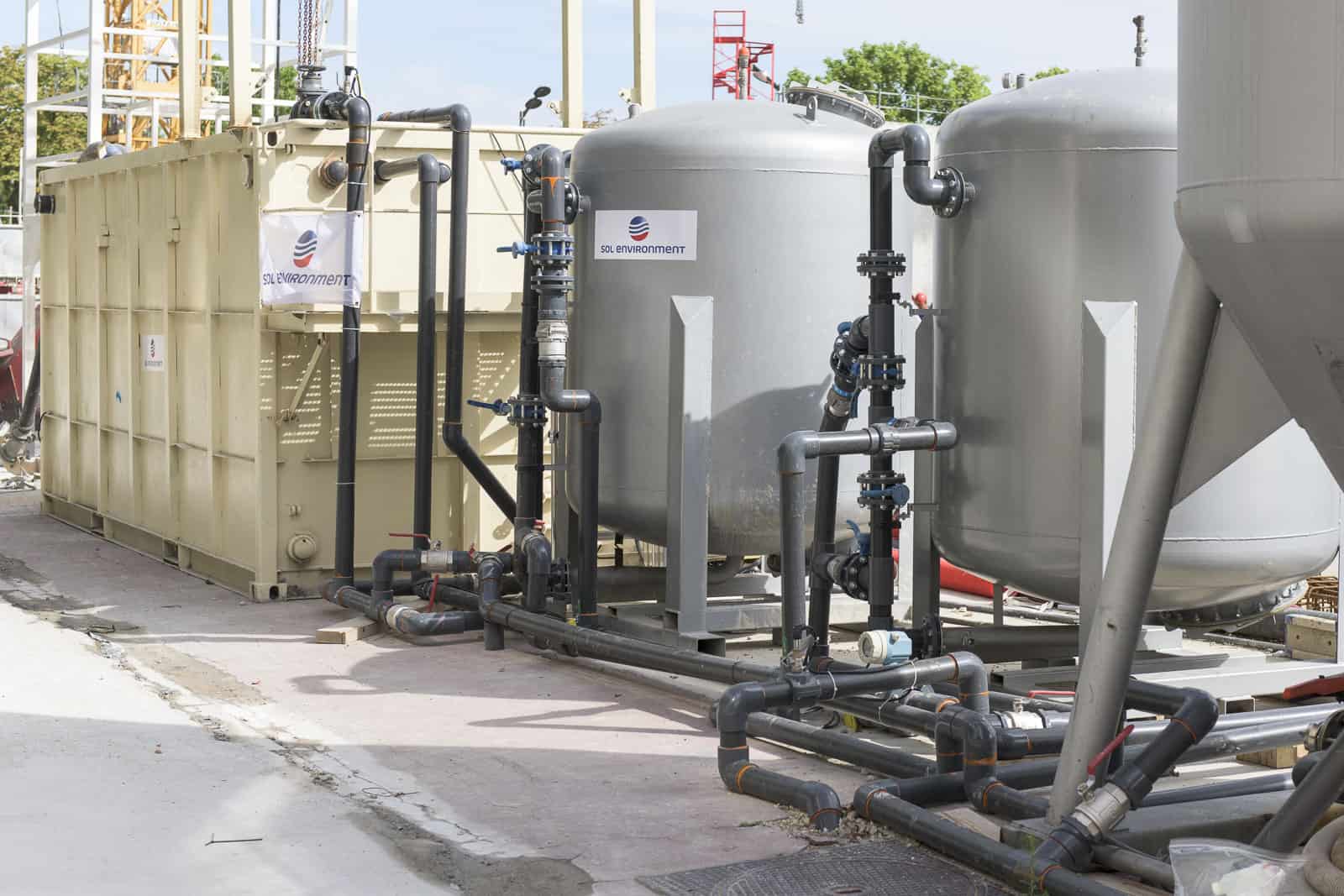 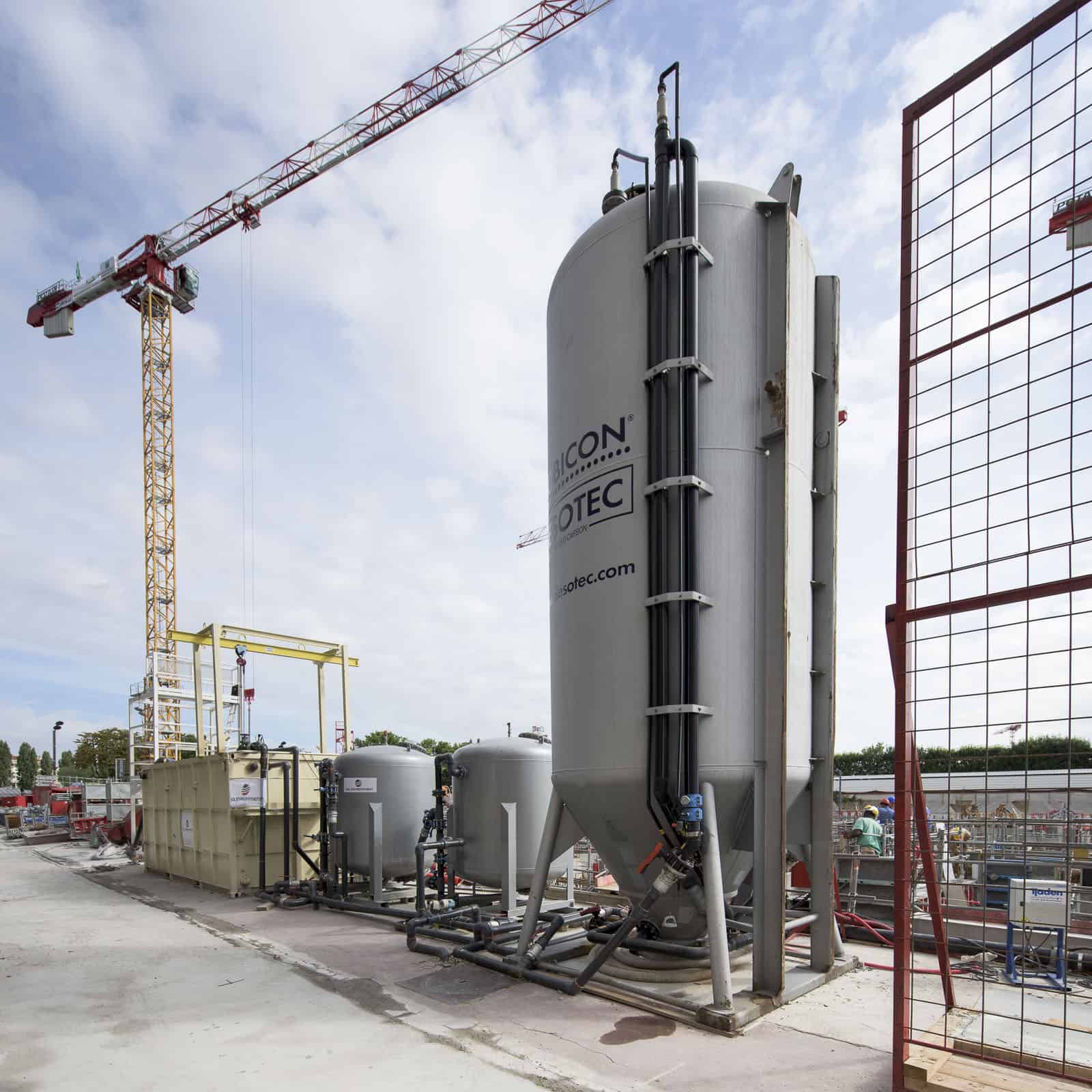