In November 2013 the multipurpose treatment center Evere located in Fos sur Mer was hit by a fire, which destroyed parts of the existing facilities. During the firefighting operations the water used to stop the fire was collected by storm water networks and stored in the existing basins. The waste water was partially drained but some residual content was found in:

REMEA has been commissioned to empty the content of the 6 pools and rehabilitate the phytoremediation basins.

The existing facility structures are generally not founded on rafts, but only rest on a geomembrane, which guarantees imperviousness. The sediments to treat were a mix of organic mud and sand. The sand was used to weight the membrane in order to counter potential uplift in case of high ground water table and low water level in the reservoir.

The proposed technique was dry cleaning by jetting and pumping of all the basins. The liquid sediments were directly pumped by 3 sewer cleansing trucks and dehydrated after flocculation in geotubes. The phytoremediation pools were entirely rehabilitated by replacing the draining massif and planting 4,000 reeds. The sand was directly sucked by using earth suction trucks assisted by small excavator. The sand of the phytoremediation pools was then sieved in order to remove rhizomes and put back. All of the dehydrated/dried muds (450 t) were then transported into a dedicated treatment center. 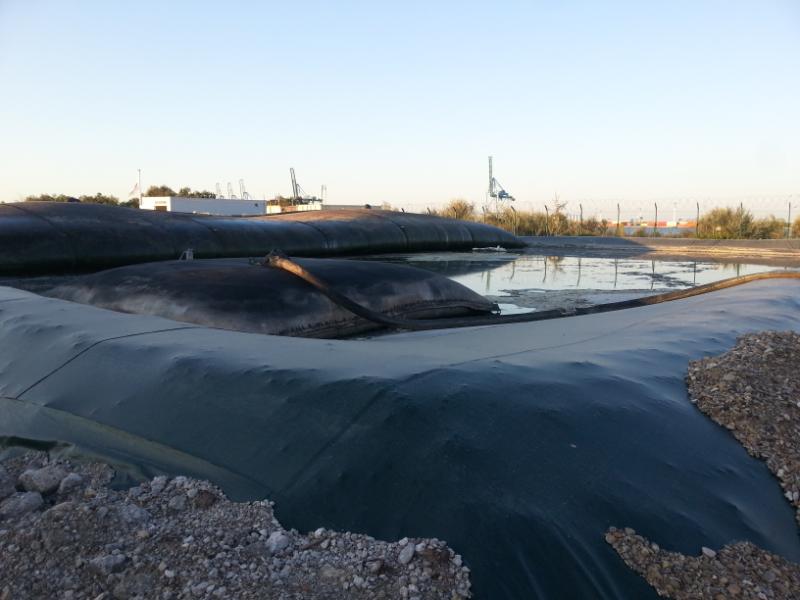 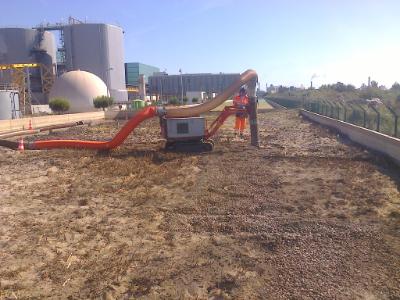 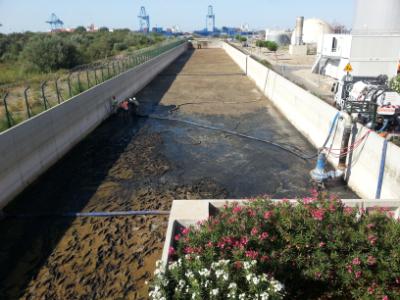